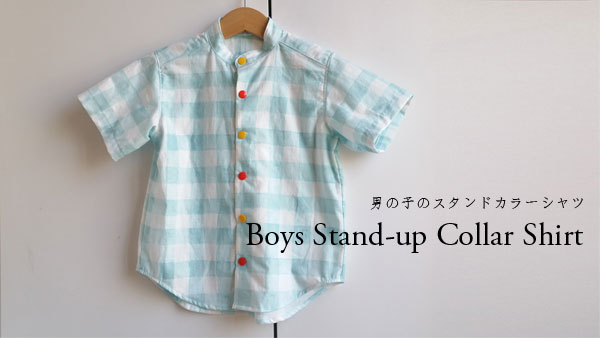 Day 3 and final day of the sew along. If you haven’t , go to the first post here.

The book we are sewing from is

In the previous post, I covered steps 1-3. In the following video, you will see the rest of the steps – 4-8.  Even if you don’t have time to sew it now, bookmark this page and you can follow along any time you want.

You will noticed that I used snap buttons instead of buttonholes and buttons as stated in the pattern. But this is for a good reason. I needed to add some color to the shirt since it is for Chinese New Year, so I chose snaps in colors that will go with the pants I am making to complete the outfit. More on the pants soon!

I also wanted to make a note about the instructions in the book. The terms upper and lower collar were used for this pattern. Even though I’m not entirely sure of the correct terminology, it seems that the terms switched in some of the diagrams, which was quite confusing. In my video, I used inner and outer collar instead. With inner referring to the inside of the shirt and outer referring to the outside of the shirt. The interfacing for the collar should be applied on the outer collar (I think!). The other mistake I made, which I only realized later, was that I added seam allowances to my collar interfacing. The collar interfacing should be traced without seam allowances. This is to prevent bulk in the seam. Luckily the interfacing I used was quite thin, as I didn’t want a stiff collar since it was a for a toddler, and it I think it turned out quite alright.

I hope you learned from my mistakes too and make a great shirt of your own. Happy sewing! Book Review – All Your Kids Need Part 1 of 2