Because I have reviewed the projects in the book before, to avoid repetition I will only be showing you what’s new and different about this version, those of you who want to see more pictures of the garments can either watch the book flip through video below, or go the the book review of the Japanese version

Those of you who have bought the Japanese version, should still get this one because it is so much easier to read English than Japanese (well for me anyway :P) But jokes aside, there are plenty of reasons why this book will be much easier to use. The people at Zakka workshop not only translated the text, but also made a lot of changes to the layout and content that make it more user friendly, here’s why. At first glance, everything seems rather similar, but in actual fact, all the fonts and images have been upsized, so it is much easier to read. Here is a quick glance of the projects contained within this book. A comparison of the English and Japanese version – the description text is now on the image itself and oh yes, larger font size. I can’t quite stress how much I love that! 🙂 Do you know that the page on the left (in blue text) is actually the same content as the two pages on the right (in English). Hooray for larger text again. A close up of the size chart for those of you who are considering this book for the first time and not familiar with the size ranges. The measurements come in both inches and centimetres! I know many of you will be jumping for joy over that simple addition. Well a conversion from cm to inches is just 2.54cm to 1 inch, but I’m sure not everyone knows that by heart, and having to multiply every single measurement is rather painful. But you don’t have to do that anymore.

The English version also did away with the confusing sizing names in the Japanese version and simply called them S,M,L and XL. Another comparison of the how-to-make pages. Font size again for better readability, and I like how the measurements are presented in table form instead of being separated by strokes. There is also one thing I notice that I think was not in the Japanese version – the sizing note advising everyone to size down. Another bonus. The step by step diagrams layout of the Japanese version was scattered all over the page and you had to look for the next number or follow the arrows to guide you from one step to the next. I also love how the steps are actually separated visually by dotted lines! The English version also used a,b,c, for the sub-steps instead of using numbers again which can be rather confusing at times. Another surprise here – I thought I saw wrong while doing the book flip through video. There were actually 3 pattern sheets included! I went back to check the Japanese version and there were only 2, so I pulled the sheets apart and compared them side by side and I realized the patterns were re-organized so that there were less overlapping lines on each page. The pattern sheets on the English version were slightly smaller though which could also be the reason why there needed to be 6 sides instead of 4. But on the whole spreading out the patterns over 6 printed sides (3 double printed sheets) meant the patterns were more spaced out and so much easier to spot the correct lines for tracing. One last comment – the English patterns come in color! 3 colors to help you differentiate between adjacent patterns, so so so helpful when you are crossing from one line to another, just follow the correct color! The picture below is from the Japanese version, all the lines are printed in a dark brown/black color which makes tracing rather challenging.

This book will only be launched on June 15, 2019 but is now available for preorder now on Amazon.com (Aff link) 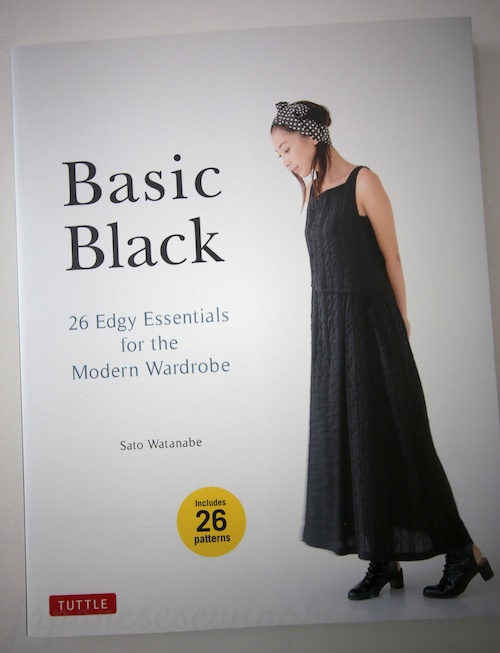